Chrissie Karlson Greatrex
Nice article about my Héctor- although he wasn’t born in PR . He was born in the same hospital as my brothers in Jamaica, Queens- he and my mom even went to the same high school there- still missing him - a little background- I met Hector in Lake George NY I Believe in 1973 he had gone to school at Albany state and RPI in Rensselaer NY so made his home in the Troy area- we instantly connected and he ended up staying with me and my boyfriend up there- many years go by and he ends up coming to Fla to see me in the late 70’s where he played with my friends the “Mad Beach Band” and met the love of his life Lisa- Lisa , Hector and I went back and forth to Albany and Fla for a bit- till of course I fell in love with a Jersey boy and moved to Philly- he did write a song for us and sang at our wed in Saratoga in 1986 . He moved to Virginia Beach with Lisa and had their sweet son Ethan- we never went for long without checking in with each other and I still can’t imagine not hearing him play and sing and smile at me. He was the truest of friends and I will miss hime more than I can say and so thankful forty last night in Fla in March spent with him ❤​ 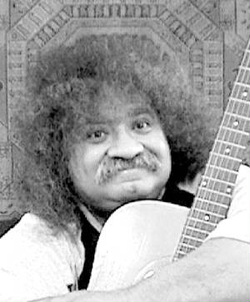 When Hector opens up his huge store of songs and styles, the good times start to roll...

Hector has earned a distinguished reputation as an accomplished singer, song writer and guitarist.

Here is a gifted entertainer with that rare and remarkable ability to catch the crowd, lift them up and sweep them along on a delightful musical journey. Skillfully winding through creative covers of dozens of contemporary artists, he adds to the mix his own unique and original music.

Audiences stay late to hear what excitement is brewing for the next set.

Hector has performed extensively throughout the northeast, covering much of the east coast down to Florida and the Keys. He's played Las Vegas and Southern California.

With Hector in the house, you are offering quality entertainment designed to motivate everyone to stay longer and return for more. Many clubs have been delighted to find a loyal and enthusiastic group of "HECTOR" fans develop and follow him regularly wherever he plays.

Hamming It Up - August 11, 2005 - Daily Press - Hampton Roads VA
By NICOLE STANLEY
http://articles.dailypress.com/2005-08-11/features/0508110007_1_hair-fund-jimmy-buffet-music-and-performance
Local performer Hector entertains the entire Peninsula -- and reveals the story behind his hair. Most know him just as Hector, but he's been called many other names in his day -- the human exclamation point, the guy with the hair, Mr. Mom and even the Puerto Rican leprechaun.

A local musician, Hector Rivera has fans willing to follow him all over the Peninsula when he performs in restaurants and bars. He's been playing guitar and
singing since 1962, but he says his act is all about personality. "My shows are basically nine parts ham and one part talent," he says.

If Hector has developed some quirks and collected myriad experiences in his 55 years, it all makes him just that much more interesting to his fans. Perhaps the most noticeable is his hair, which he hasn't cut since 1972.

On first sight, Hector says, some people are unsettled by the curly, now-thinning bushel, which someone once described as "mushroom-shaped. "But the hair is just part of who he is. Hector even makes it a part of his act by calling his tip jar the "Save the Hair Fund."

"I'm not like Samson, who has to have his hair long or I just can't play my music," he says. "But one thing I have to do is take off my shoes when I play. I just can't be wearing any shoes. My toes aren't free enough."

What's most important to Hector, though, is his music and performance. It began for him 43 years ago in a smoky bar in Queens, N.Y. He shared his dressing room with a belly dancer, and he had to lie to his parents about being out so late. Since then, he's had a few shots at national exposure,
but nothing stuck.

His first break came in 1972, when Columbia Records asked him to sign a record deal. He turned them down."I was so full of me," he says. "They were offering me percentages of percentages, and I thought I was worth more money than that."

His real claim to fame, Hector says, was a period in the late '70s when he moved to St. Petersburg, Fla., to replace a bass player in the Mad Beach Band. The musician he replaced was Harry Daly, who left to play for Jimmy Buffet. For Hector, this was the moment. At the time, the band already had a huge local following and was widely sought.

But unlike Hector, the rest of the Mad Beach Band was just  looking for a good time."No one in that band had a problem with showing up late for a gig," he says. "They didn't have the impetus to record their own stuff ... they would even cancel practice if it was a nice beach day." The band was full of antics, such as the time during a traveling gig when the harmonica player chopped down a fir tree and brought it in the hotel room to cancel out the rotten smell. In the end, it was Hector's constant push for more that led to his leaving the band and
giving up any chance that the Mad Beach Band was going to hit it big.

"I couldn't ever do just one thing, and that might be what doomed me," he says. "Record companies couldn't put me in one place, one slot. I like to change things up -- I can even play Irish music." At this stage, though, Hector is happy playing for restaurants and bars.

He plays between 45 and 50 songs per night, drawing on a 400-plus song repertoire that ranges from originals to songs by James Taylor and Patsy Cline.

Hector isn't concerned with playing exact replications of hit songs. He enjoys playing great songs, but he tailors them to his own personality and to particular audiences.

"I don't have any real philosophy about playing," he says. "Everything I do is real simple. I just try to capture the feel of the song. Listen to me play 'Brown-eyed Girl' and then listen to Van Morrison, and it's night and day, but I've captured the feel."

His fans certainly agree:
Kelly McMurtrey and her family see Hector play every Monday night at El Mariachi Mexican Restaurant in Newport News. McMurtrey and her
four sons dance and sing along, and mom is glad to see her sons are learning to love the same music she grew up with.

Kelly Humphrey drove all the way from Washington, D.C., to catch Hector at El Mariachi. She started following him about five years ago.

"I changed my plans to come see him tonight," she said. "It doesn't matter what the temperature is, it's just wonderful to see him play.
He really captures the audience, and we love him."

Hector has no plans to retire after 43 years of performing, but he has put some thought into how he'd like to play his final show.

"My dream isn't to have one blow-out last gig where everyone I've ever met is there, and I've got lights and the whole thing," he says.
"I'm not going to plan my last gig at all, it's just going to happen, and after I'm done everyone will just know that was the last time I'll play."

Favorite Song: "A song I wrote for my son when he was 6 months old and I had to be on the road. I wrote it in half an hour in the car on my way to the Florida Keys, and it has got to be the best song I've ever written. I would sing it to him in his crib."

You won't catch him playing: "Scotch and Soda (by the Kingston Trio) -- I have played that song six times a night before, and I will die before I play it one more time."

​Weirdest audience moment: "I've had people get up on tables and dance and fall off and break their necks. I'm also embarrassed to say I've had girls get up and strip more than once."

Best audience moment: "There was this little boy once, about 3, who was really into rocks, and one night he came and put his favorite rock into my tip jar. I kept that rock for years."

​Musical wish: "I have a trunk full of original stuff. I would love to have the opportunity to record my original material." 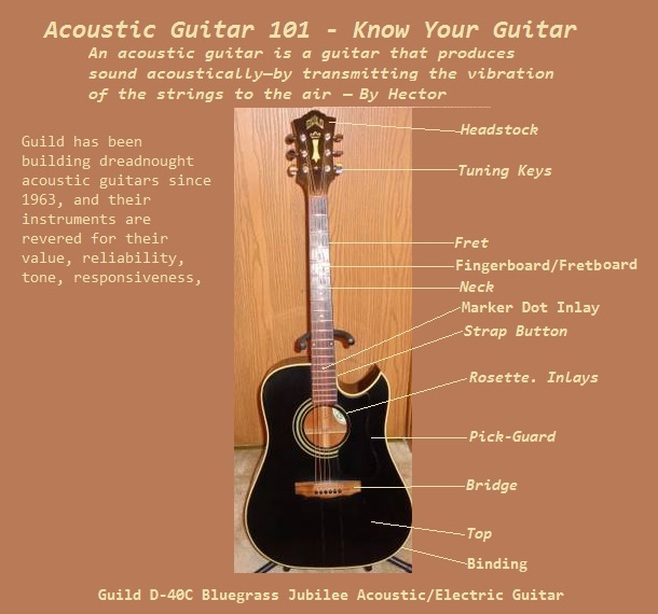